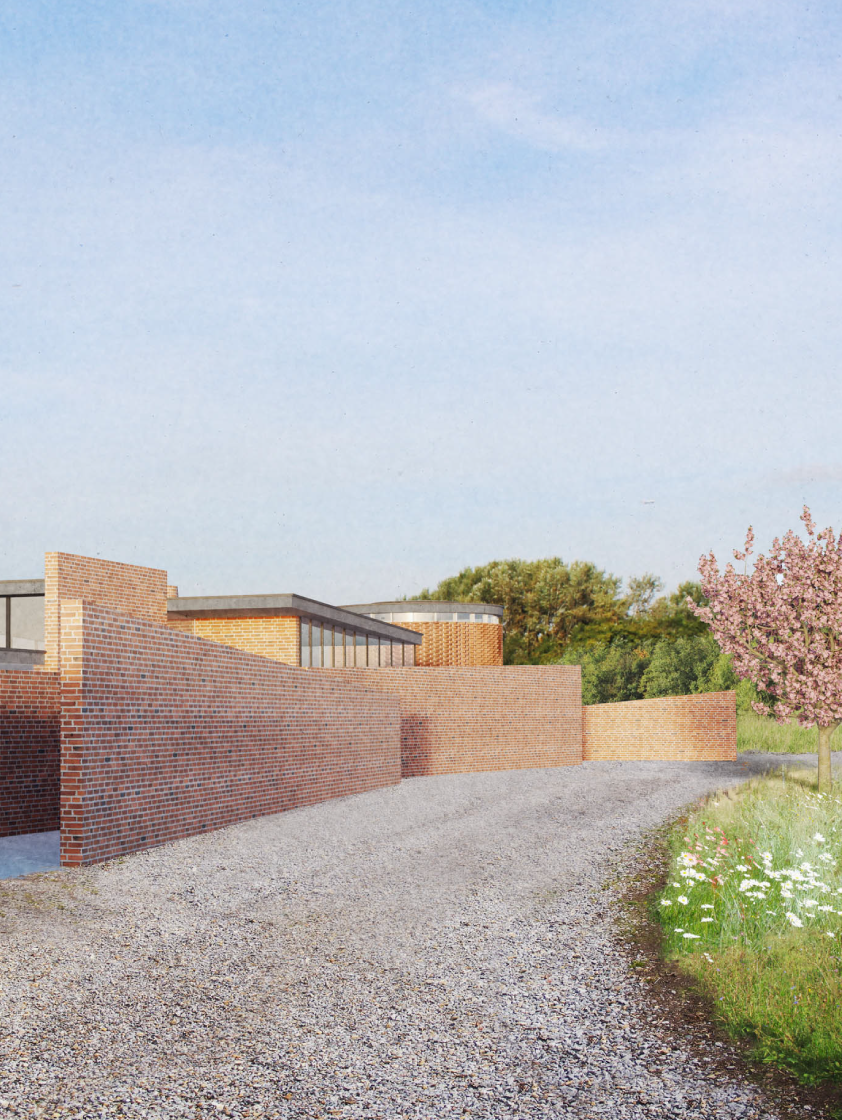 Jackson Ingham Architects were asked to carry out a feasibility study, which led to a fully designed proposal, for a new build house in Buckinghamshire upon the site of an old golf course. The site was steeply sloped towards a man made lake with views overlooking a small pavilion and boat house.

The proposal had a theatrical conception, gained from the interests of the clients, resulting in a series of spaces centred around the notion of ‘hide and reveal’. For instance, the front facade consisting of a series of blank, overlapping planes of masonry conceal the entrances to the home, but once behind these planes, the grandeur of the large entrance and view through to the lake beyond reveal themselves. Meandering through the interior of the house exposes many more moments like this whilst remaining open to the elevated views beyond.